This morning got off to an interesting start. My husband has his cell phone set to function as an alarm clock. That plays loud music. And demands answers to math problems as evidence of awakeness before one can dismiss the alarm. I felt like I was back in first grade doing speed drills or something. What the world.

Today I learned of the death of former Oregon Governor and US Senator Mark O. Hatfield. He was respected by just about everyone as a politician who actually worked for what was best for the people he served. He was also known for being able to work with members of both parties to get great things done, while standing up for his beliefs. I sure miss those kinds of politicians, because the ones we have now… Another post for another day.

As long as the maths and sciences are taught, there will always be prayer in schools. 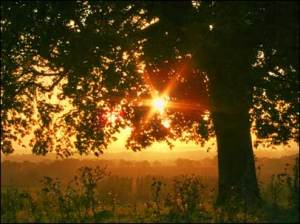 Yesterday Chele wrote, “Just because you receive an invitation to a pity party doesn’t mean you have to show up.” I think I’m going to frame that. Twice.

For the past four days, I’ve been learning about a new software that I think is going to help me to do a couple of really great things. I had to learn what it was and how it works and now I’m dealing with it up close and personal. They say it’s easy, but everything has a learning curve. I’m on my second book  (nevermind that I have three or four down the pipe at the library  – at least). I’m not even into the tricky stuff yet, but I’m not giving up. I am determined to master this Joomla! thing (which everyone says is easy, and some aspects are, but considering that Monday I had never heard of it in my life, I know I’m doing well, especially since my house and kids do not look like a tornado hit them).

Plinky asked what was better, sunrise or sunset, and where the best place to watch it is. They are both wonderful. The best place I’ve ever seen the sun rise is at my parent’s house in Louisiana when I was a kid. Sometimes the sun would be in the process of rising while we were waiting for our bus, and it was spectacular, all of the bold colors in the quietness of the country. I’ve seen some amazing sunsets into the ocean, which are fabulous too. One thing I really enjoy, though, is the reflection of the moonlight over the Columbia River in the Summer. It’s almost breathtaking to me.