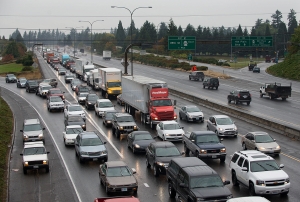 Maybe I should have gone to Starbucks this morning. And the gym. This morning was a snowball that was moving rapidly downhill, picking up enough snow to wipe out some poor little unsuspecting village below. My oldest had an attitude, my second oldest was moving really slowly and missed his bus. My youngest decided that he forgot how to keep his hands to himself and other people in the house could not find anything. After things were found and everybody else was off to start their day, Nat and I found ourselves sitting still in traffic, which meant that a few of my personal morning plans were derailed. I was trying really hard to find something to be thankful for, when an opportunity presented itself for me to share with Nat how much I believe in him and how proud I am of him. I think I completely caught him off guard, but I hope that he remembers it down the road when he has accomplished something great.