(They tweeted me the link to this message on their Facebook site. ) 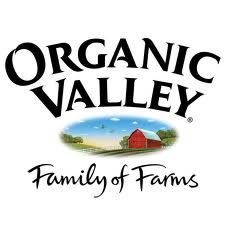 Yesterday Ronnie Cummins of the Organic Consumers Association posted a blog which left us a bit baffled. In it he accused Organic Valley (along with Stonyfield Farm and Whole Foods Market) of “surrendering to Monsanto.” While the USDA may have surrendered to Monsanto, we most certainly did not. We’ve been fighting against GMO and biotech since the beginning of our cooperative in 1988, and have expended more effort and resources fighting GMOs than any other organic company.

In recent months, Secretary of Agriculture Tom Vilsack has asked for stakeholders to weigh-in on the USDA’s impending decision regarding GMO alfalfa, and we were a part of these talks. Organic Valley has advocated to keep GMO alfalfa off the market from the start, and this was originally an option according to the USDA. However, as of December, they had left only two options on the table: allowing unrestricted commercial growing, or partly restricted growing. As much as we wished a complete ban could still on the table, it wasn’t, and we knew we needed to throw our whole weight behind advocating for certain rules, so that farmers would have legal recourse in the face of contamination, and contamination could be avoided by mandating sizable buffer zones and geographical planting restrictions. We continued to dedicate significant amounts of effort to this fight, but we lost this particular battle. This doesn’t mean we’ve given up. We’ll continue to explore all available legal and regulatory actions we can take to protect organic farmers and consumers, and develop ways to maintain the integrity of our products given this new decision.

Organic Valley does not have a relationship with Monsanto, nor did we come up with any sort of compromise or “deal” with them or the USDA. We’ve always advocated for the strongest restrictions against GMO alfalfa available. It was dishonest of the OCA to declare us part of a “cabal,” and irresponsible of them to suggest our actions were motivated by anything other than a desire to fight for the best interests of our farmers and consumers. We think it’s crucial for those of us who recognize the dangers of GMOs to work together on this issue. Division is only going to hold us back in our struggle to keep GMOs out of agriculture.

We want to extend our continued gratitude to the people who support our cooperative and the work we do to keep GMOs, harmful pesticides, and antibiotics out of our food supply. We still believe that by working together, we can make good things happen.