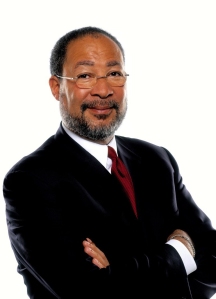 Richard Dean Parsons was born in Brooklyn, New York in 1948. He attended the University of Hawaii and earned a law degree from Albany Law School, where he graduated first in his class. The year he took the New York state bar exam (1971), he earned the highest score. He is the current chairman of Citigroup and the former CEO of Time Warner.

After he graduated law school, Parsons served as an aide on the legal staff of Governor Nelson Rockefeller. In 1974, when Rockefeller became Vice President of the United States, Richard Dean Parsons became Senior White House Aide under President Gerald Ford. He worked as COO, Chairman and CEO of Dime Savings Bank of New York.

In 1991, upon the recommendation of Laurence Rockefeller (Nelson Rockefeller’s brother) to  Time Warner CEO Steven Ross, Richard Dean Parsons was invited to join the board of Time Warner. He became president of the company in 1995 and negotiated the merger of America Online in 2000.  He served as Time Warner CEO from 2002 – 2007.

In February 2009, he became the chairman of Citigroup.